Casey Allum, a self taught artist.

“I look for the little things they do, the way they look at something, the raised eyebrow or dropped ear, the way they tilt their head, I like to capture their character.”

Casey Allum doesn’t just draw animals. She likes to meet them where possible, get to know their unique little quirky ways and translate it into a truly lifelike drawing.  For owners, their precious pet is immortalised on paper forever.

Her talent is truly home grown as Casey hasn’t had any formal training. After completing her art A Level she looked at universities to further her passion but ultimately felt like her creativity had been quashed through ‘box ticking’ and so art instead became a hobby. She kept drawing and painting until her own beautiful style emerged and until she was in a position to follow her dream of being a full time artist.

Lucien Freud was one artist who inspired her – his harsh brush strokes and the way he portrayed people were copied by a young Casey and she still works in her own studio with some of his images on her wall.   Beatrix Potter was also a huge inspiration; Casey was inspired by the wildlife and landscapes that surround her just like the world famous children’s book author “Her books inspired me to look beyond the animal, to look for their individual characteristics that make the animal distinctive”.  She has recently been asked to exhibit as part of the Beatrix Potter 150th anniversary celebrations and four large original pencil works are on display at Kendal Museum until October 2016.

Casey’s raw talent is now recognised worldwide with commissions coming in from around the globe and she is now fully booked with private commissions until mid 2017.

Although she now lives with her family in the Peak District, Casey grew up in the Langdale Valley in the Lake District and uses the county’s Derwent Pencils for all of her work and even runs children’s drawing classes occasionally at the Pencil Museum in Keswick. “It was an incredible place to grow up, surrounded by so much wildlife, I love to draw anything that moves really but especially dogs they’re all so different. I’m always sketching; even if I’m trying to relax in a cafe I’ll have a pencil in my hand.”

You can find more of Casey’s work on her website: www.caseyallum.com
She’s also on Instagram as @caseyartst and facebook as ‘Casey Allum, Portrait Artist’ showing behind the scene shots of her commission works, book illustrations and commercial pieces. 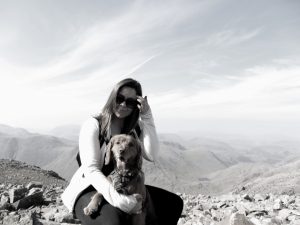 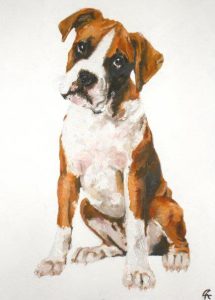